FCPL staff can help you find it. 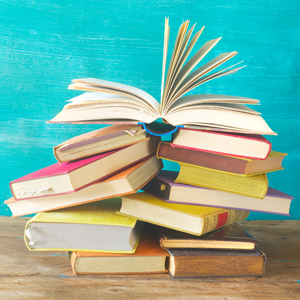 Not sure what you’re in the mood for? Ask the New Book Nerds for some fresh reading ideas! The Technical Operations team at Fairfax County Public Library includes library staff who select and catalog books, unpack big ol’ boxes full of new materials, apply the labels and stickers that help you find things on the shelves, and much more. As we work with all those books, we’ll be keeping track of the new titles that catch our eye to recommend to anyone who asks.

On our Recommended Reading tab, you'll see a sampling of recently-published and upcoming titles that have caught a team member's eye, but we've got plenty more where those came from. We’re an eclectic group of folks with varied reading interests, so if you’re up for trying something new, give us a shout!

Here are some of our team members' favorites:

Explore some of our favorite (relatively) recently published books!

Staff members in the Technical Operations group work regular business hours Monday through Friday, so we’ll e-mail you as soon as we can within that time range.

We’d like to help you find your next perfect read, so please complete the Let’s Get Started form, and we will be in touch!

Reserve Your Next Read