Kids Read for Fun During the Library’s Summer Reading Adventure

The Summer Reading Adventure runs June 12 through August 14 and invites all children and teens—birth through high school—to read for fun over the summer. The theme in 2020 is “Imagine Your Story!” This summer the program will be virtual.

The Basics of the Library’s Summer Reading Adventure

On June 12, sign up online and download a preschool (Birth-5), school-aged (Grades K-5) or teen (Grades 6-12) summer reading gameboard. You may also find these challenges on our summer reading website

Don’t want to complete some (or any) of the gameboard challenges? In lieu of completing a challenge, read or listen to a book of your choice.

Kids and teens can read any books they choose. They can even read free eBooks or listen to eAudio books or books on CD, which are all available through the library or they can complete a challenge.
Find your next book to read using the suggested author tab! These links take you directly to the catalog.

The amounts of the Amazon e-gift cards for each prize milestone:

Two winners will be chosen for each gameboard and will be notified by August 31. The drawings close on August 14.

Early literacy is what children know about communication, language—verbal and non-verbal—reading and writing before they can actually read and write. Research shows that children get ready to read years before they start school. Help children learn important skills now so they can become good readers later.

Take every opportunity to read, play, sing, talk and write with your children. These daily activities will help get children ready to learn.

Babies and Toddlers: There is no need to correct your child’s speech. Simply repeat the correct pronunciation. Correcting your child can make him less likely to try saying new words.

Preschoolers: Write - Make a word jar. Every day write a word on a slip of paper and place it in the jar (any container will do; it does not have to be a jar.)

Seeing the printed word demonstrates to children that letters make up words.

Babies and Toddlers: Follow your child’s lead by using their actions, facial expressions and speech. When they point to an object out the window or give you a questioning look, put their actions into words: Yes, that’s a squirrel. Look at him running along the fence. This will develop their language skills.

Preschoolers: Read - While reading with your child, run your finger under each word.

This shows children that when we read text, we read from left to right and from top to bottom.

Babies and Toddlers: Toddlers need to move, so don't worry if they act out stories or just skip, romp or tumble as you read to them. They may be moving, but they are listening.

Preschoolers: Play - Using household items such as cushions and blankets, pretend you are in a boat. Act out a story about where you are going in the boat.

Pretending and making up stories is a fun way for children to learn some background knowledge which will help with understanding when reading books.

Babies and Toddlers: Pause to let your toddler finish a phrase or chant a refrain. Once your toddler is familiar with the rhyme or pattern, make mistakes on purpose and get caught. This helps children play with language.

Singing and playing with words and sounds in a song helps children hear how words can come apart into separate sounds which will help them be successful in sounding out words when they learn to read.

Babies and Toddlers: Write letters outside using sidewalk chalk. Call out a letter and invite children to walk to find it.
Invite the children to perform an action that starts with that letter, like Wiggle on W, Jump on J or Hop on H. Your toddler will practice their letter recognition.

Preschoolers: Talk - Talk about summer. What are your favorite things to do in the summer? How are summer and winter different?

When you have conversations with children about what they are experiencing in their world, it opens the door to learning new words which will help them with reading comprehension when they learn to read.

Knowing the names and shapes of letters will help children with their writing and reading skills.

Babies and Toddlers: Practice the alphabet with bubbles. Invite children to sing the alphabet song while popping one bubble for each letter of the alphabet. This easy game combines alphabet recognition, 1 to 1 correspondence and gross motor coordination.

Preschoolers: Read - Make a paper bag puppet. Have the puppet read a book.

It is always helpful to make reading enjoyable for children. Children who love reading will be motivated to learn to read.

Reviews of E-Books for Preschoolers 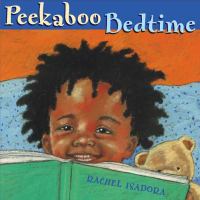 A sweet toddler plays peek-a-boo all through the house while getting ready for bed.  The moon, pets, slippers and a rubber duckie are among the surprises discovered throughout the story.

Early Literacy Tip:  Print awareness, noticing print in one’s surroundings, is an important early literacy skill. Run your finger under the repeating phrase “Peekaboo! I see…” and encourage your child to read along with you.  Help your child notice the hints about who or what is hiding in the beautiful illustrations, such as daddy’s cap or the tip of the cat’s tail. Extend the storytime fun by playing peekaboo with your child after reading the story!

Another by Christian Robinson 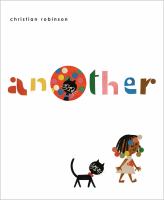 A fantastical, wordless adventure begins when little girl enters a brightly lit portal in her bedroom.  She and her cat embark on a magical journey, discovering new friends playing together.  Eventually, they return home, and the little girl falls back asleep. All a dream? Perhaps.

Early Literacy Tip:  Linger over the beautiful illustrations with your child. Notice the details, such as the two cats, one with a red collar, one with a blue collar. Invite your child to tell you what is happening in each image.  Encourage your child to imagine what could happen next in the story.

Baby on Board by Marianne Berkes
You know that babies are carried by grownups, but do you know how animal parents carry their babies? This book looks at a variety of different animals and displays how the mother and/or father carries their baby.

Bears on Chairs by Shirley Parenteau
Four chairs. Four cuddly bears. All is well until Big Brown Bear shows up and wants a seat.

Breaking News: Bear Alert by David Biedrzycki
Two bears awaken from hibernation and go to town—literally. During their visit, they eat at a diner, dress up at a department store and stop a couple of bank robbers, all the while mistaking the townspeople's terror for friendliness.

The Day You Begin by Jacqueline Woodson
There will be times when you walk into a room and no one there is quite like you. There are many reasons to feel different. Maybe it's how you look or talk, or where you're from; maybe it's what you eat, or something just as random. It's not easy to take those first steps into a place where nobody really knows you yet, but somehow you do it.

A Different Now by Angela Johnson
Through the eyes of one little girl, All Different Now tells the story of the first Juneteenth, the day freedom finally came to the last of the slaves in the South. Since then, the observance of June 19 as African American Emancipation Day has spread across the United States and beyond.

Fight Pollution, Big Bird! by Jennifer Boothroyd
Young readers learn all about pollution and how to protect earth with Big Bird and his Sesame Street friends. Keep water clean, pick up litter and recycle to help stop pollution.

A Girl Like Me by Angela Johnson
Empower young readers to embrace their individuality, reject societal limitations and follow their dreams. This inspiring picture book brings together a poem by acclaimed author Angela Johnson and Nina Crews's distinctive photocollage illustrations to celebrate girls of color.

Goldy Luck and the Three Pandas by Natasha Yim
In this Chinese American retelling of "Goldilocks and the Three Bears, a careless Goldy Luck wreaks havoc on the home of a family of panda bears. She eats up the littlest panda's rice porridge, breaks his rocking chair and rumples all the blankets on his futon. When Goldy takes responsibility for her actions, she makes a new friend (and a whole plate of turnip cakes!) just in time for Chinese New Year.

Harriet Gets Carried Away by Jessie Sima
Harriet loves costumes. She wears them to the dentist, to the supermarket and most importantly, to her super-special dress-up birthday party.

Hooray for You! by Marianne Richmond
Hooray for You! is a celebration of You-Ness, the grand sum of mind, body and heart that makes every person truly unique. Look in the mirror. Love who you see. Stand tall. Smile big. Shout, "Hooray for me!" A welcome appreciation of the wonderfulness in us all.

Lola Dutch When I Grow Up by Kenneth Wright
Determined to decide what to be when she grows up, Lola tries several careers before listening to her friend, Bear, who reminds her that she need not be in a hurry.

Lola Plants a Garden by Anna McQuinn
Lola plants a flower garden with her parent's help, and watches it grow.

The Ninjabread Man by Katrina Charman
In a terrific twist on the original tale of The Gingerbread Man, follow the amazing Ninjabread Man as he dips and dives out of danger.

On Kiki’s Reef by Carol Malnor
A tiny baby sea turtle scrambles across the sandy beach and into the sea. Floating far out in the ocean, Kiki is becoming a gentle giant. She swims to shallower water where a rainbow of corals puts on a show. Kiki adopts the busy coral reef as her new home and discovers fish of all sizes.

Over in the Forest by Marianne Berkes
Children learn the ways of forest animals to the rhythm of "Over in the Meadow" as they leap like a squirrel, dunk like a raccoon and pounce like a fox. They will also count the babies and search for ten hidden forest animals.

Trucks! by Charles Reasoner
Follow a day in the life of Truck while he is at work.

Yasmin the Explorer by Saadia Faruqi
When Yasmin's father explains to her about explorers and maps, Yasmin decides to make a map of her neighborhood and she brings it along on a trip to the farmers' market with her mother.

Yummy Yucky by Leslie Patricelli
Learning about opposites has never been more fun or funny. Spaghetti is yummy, but worms, blue crayons and sand are definitely yucky when tasted.