Guest Speakers During the 2021 Celebration (a Recap) 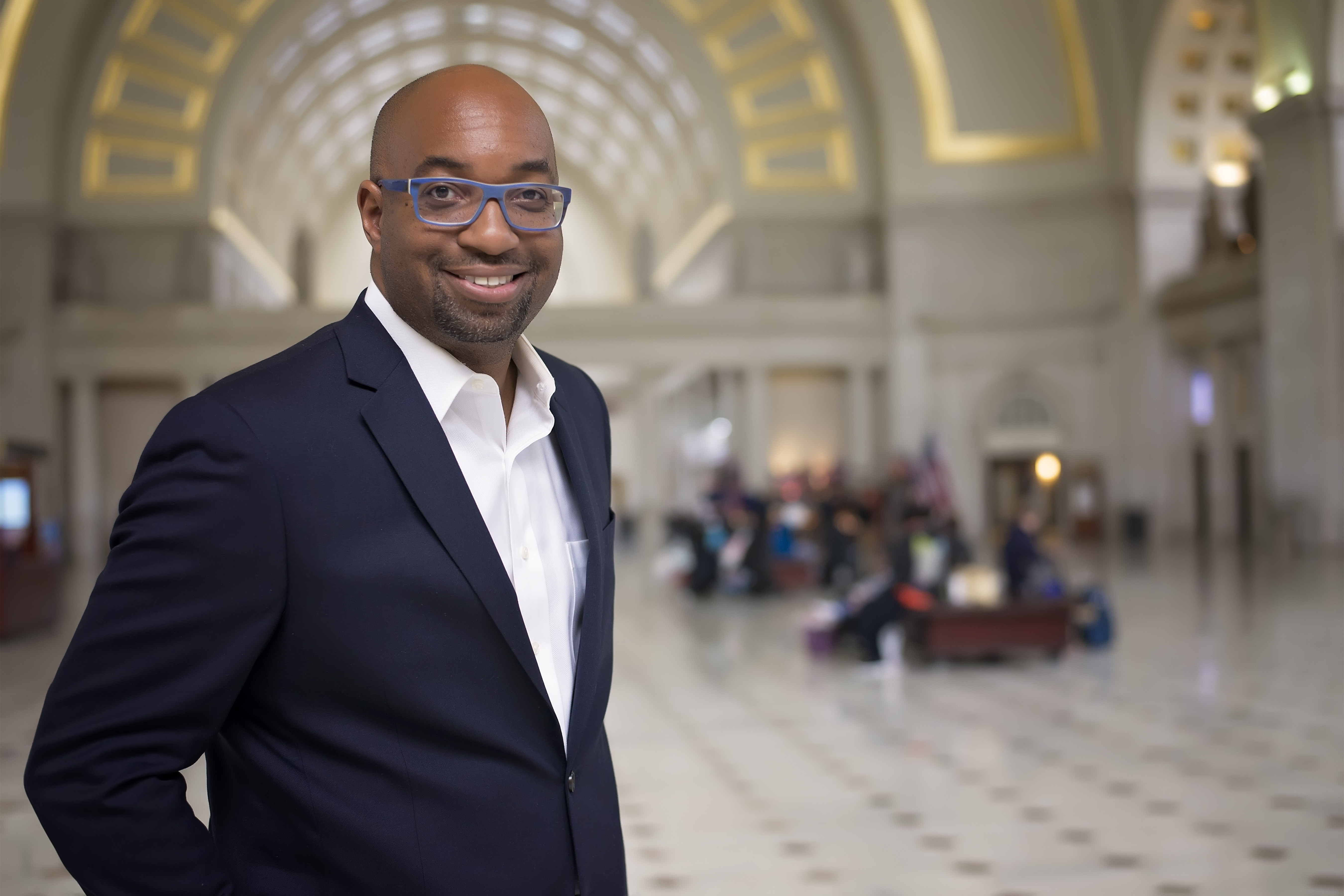 Kwame Alexander is a poet, educator, and the New York Times Bestselling author of 35 books, including Caldecott-medal and Newbery Honor-winning picture book, THE UNDEFEATED, illustrated by Kadir Nelson, the NEWBERY medal-winning novel, THE CROSSOVER, BOOKED, a NATIONAL BOOK AWARD Nominee, and the novel BECOMING MUHAMMAD ALI, which he co-authored with James Patterson.

Kwame is a regular contributor to NPR's Morning Edition, and the recipient of numerous awards and honors, including The Coretta Scott King Author Honor, two Lee Bennett Hopkins Poetry Prize, three NAACP Image Award Nominations, the 2017 Inaugural Pat Conroy Legacy Award. Kwame’s belief in the power of poetry and literature to inspire, engage, and empower young people is the guiding force behind the #KidLit4BlackLives Rallies that he spearheaded in 2020. Kwame is the Founding Editor of VERSIFY, an imprint of Houghton Mifflin Harcourt Books for Young Readers whose mission to Change the World One Word at a Time. He's led cultural exchange delegations to Brazil, Italy, Singapore, and Ghana, where he built the Barbara E. Alexander Memorial Library and Health Clinic, as a part of LEAP for Ghana, an international literacy program he co-founded.

He lives in the UK where he is the writer-in-residence at the American School in London. 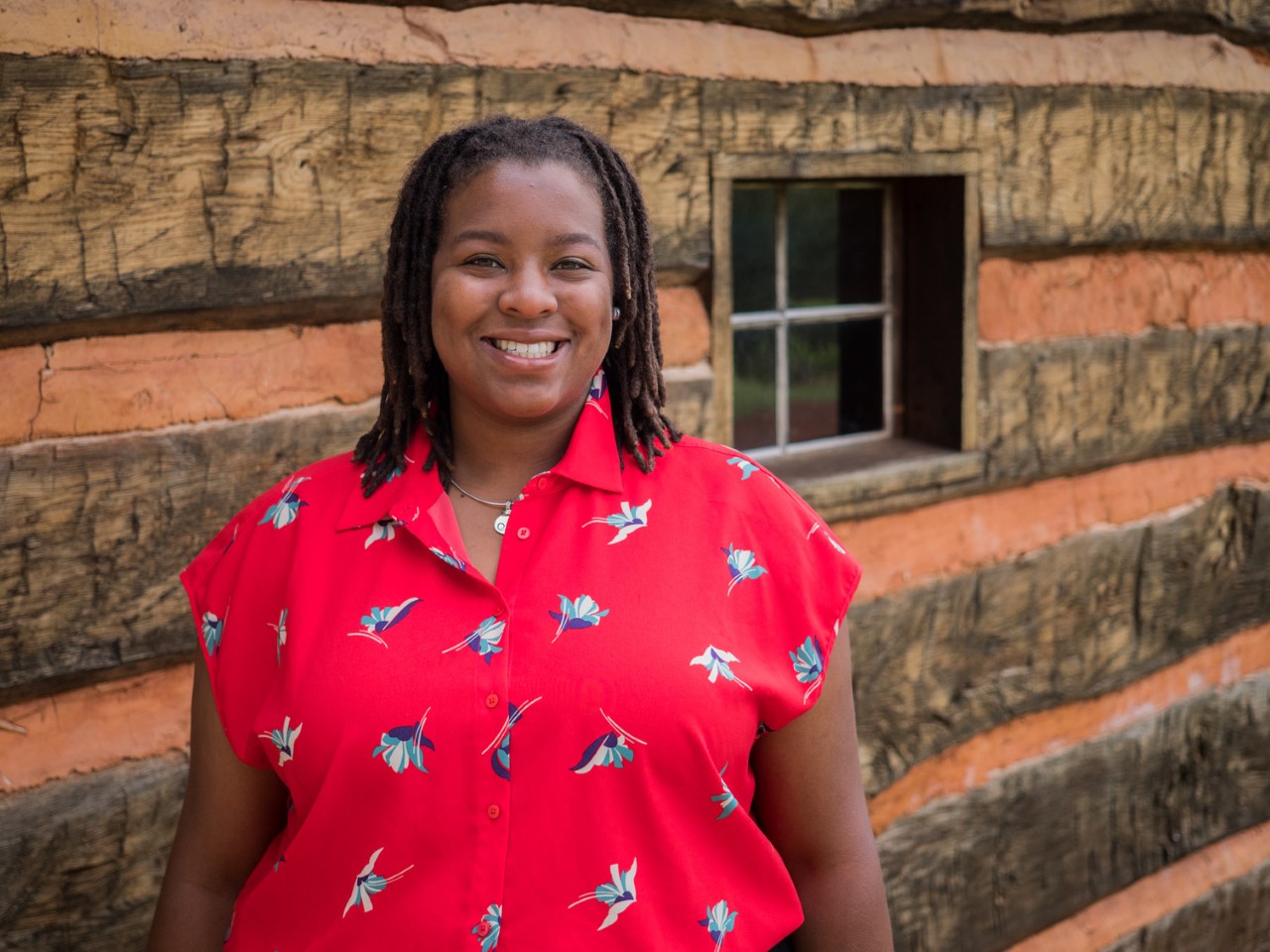 Niya Bates studies African American material and cultural history in the United States from slavery through Jim Crow. She is interested in studying the intellectual histories of enslaved families, particularly resistance to slavery and the roots of Black radicalism in the U.S. Other research interests include rural cultural landscapes and environmental histories, the global history of the Black museum and historic preservation movement, and post-colonialism in the Atlantic world.

Niya earned both a B.A. in African and African American Studies and an M.A. in Architectural History from the University of Virginia. She holds a certificate in historic preservation, also from UVA. Her master’s thesis, titled “Blurred Lines: African American Community, Memory, and Preservation in the Southwest Mountains Rural Historic District,” explores historic preservation policy and the exclusion of rural Black communities in formal approaches to preserving America’s built environment. Prior to becoming a student at Princeton, she was a public historian at Thomas Jefferson’s Monticello where she was director of the Getting Word African American Oral History Project, which was designed to document oral histories of people descended from the enslaved communities at Monticello. 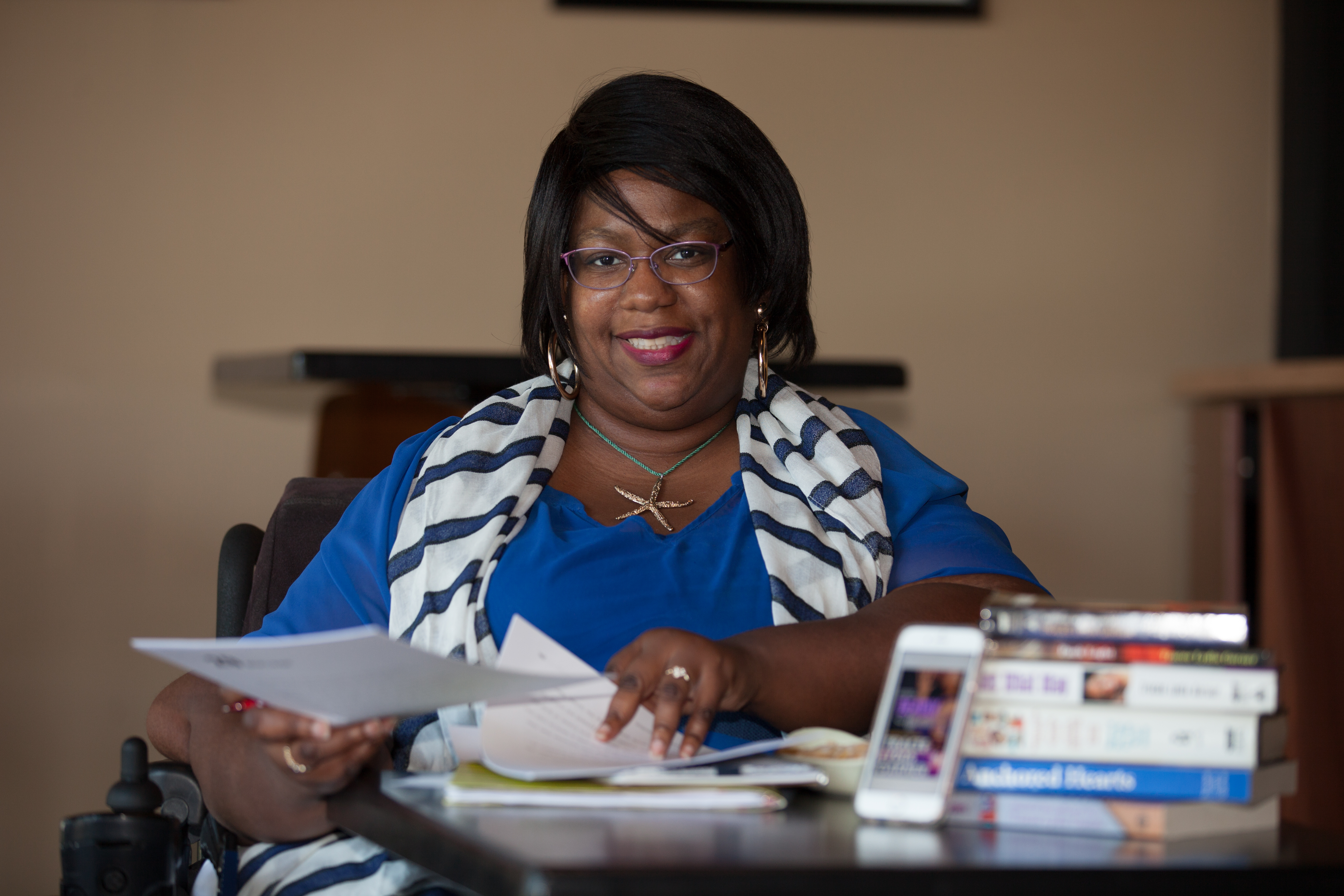 Tracee is a member of the Washington Romance Writers (DC) Chapter–Faith, Hope and Love, online ONLY chapter of the RWA; the Association of Christian Fiction Writers (ACFW), ACFW Virginia chapter, Sisters In Crime (SinC), and the Alliance for Independent Authors.

Before Tracee ever entertained the idea of writing full-length novels, she was a poet contributor to alma mater’s literary magazine. She tremendously enjoys the written and spoken word.

Joy Jones is a trainer, performance poet, playwright and author of several books including Private Lessons: A Book of Meditations for Teachers; Tambourine Moon, which was selected as one of the best books for children by the black caucus of the ALA and featured on the Bernie Mac Show; and Fearless Public Speaking. She has won awards for her writing from the D. C. Commission on the Arts & Humanities, and the Colonial Players Promising Playwrights Competition, plus awards from both the D. C. Department of Recreation & Parks and the D. C. Commission on National & Community Service for outstanding community service.

Joy Jone’s provocative op-ed on marriage trends for The Washington Post, “Marriage is for White People”, went viral. She is the director of the arts organization, The Spoken Word, and the founder of the Double Dutch team, DC Retro Jumpers, which has led exhibitions and classes throughout metropolitan Washington and abroad. Joy often leads workshops on creative writing, communications and black history. 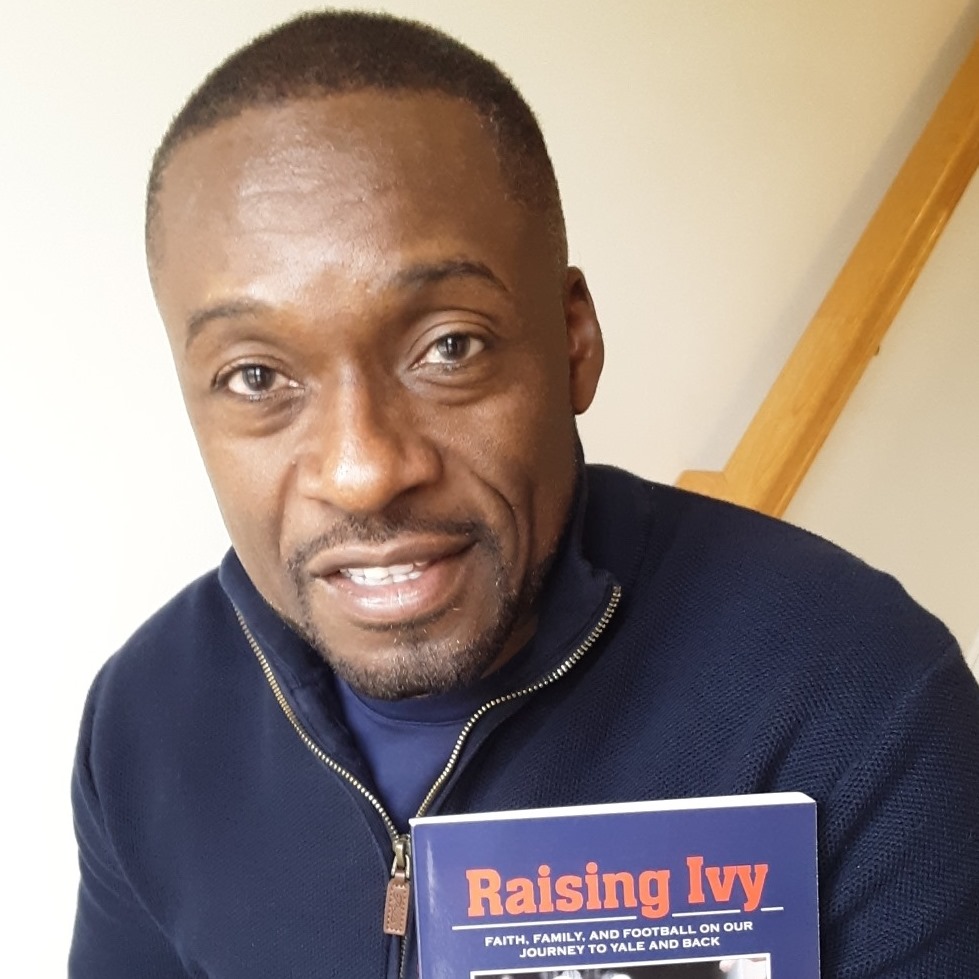 Meet local author Greg Manora for a discussion of his book Raising Ivy, an amazing true story chronicling one family's journeys from the cruelty of slavery, poverty, and segregation to prosperity and triumph on the football fields and in the vaunted halls of the Ivy League.

Author, Clarence McFerren II is an inspiring educator who has worked and trained with various academic and artistic organizations. Consequently, he cultivated an optimistic leadership style to engage the multiple intelligences of young minds to fearlessly think independently. He’s known for his informative Tedx Talk titled Mental Liberation through Dance which focused on detracting the negative stigma of mental illnesses in society. Specializing in arts education, McFerren believes in interdisciplinary, inquiry, and project based learning which led him to author a collection of children’s books. Book titles: Respectful Lil’ Mac, Resilient Lil’ Mac, and Responsible Lil’ Mac all focus on positive character development. 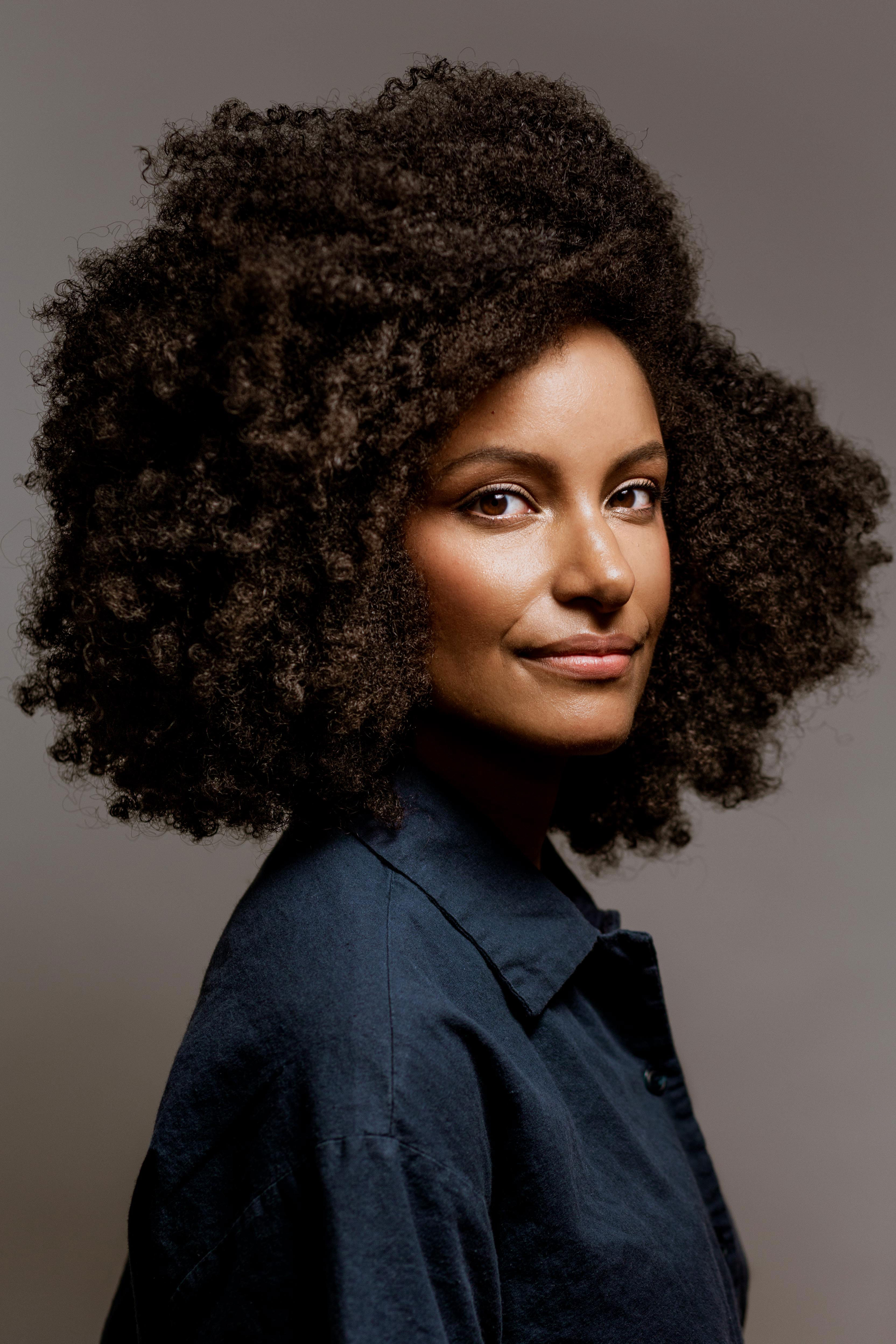 Kiley Reid is the New York Times-bestselling author of the debut novel, Such a Fun Age. The book, which has received critical acclaim since long before its publication, takes a candid look at the complexities of race and class through the lens of the relationship between a Black babysitter and her white employer. Reid speaks on writing about one’s experiences, and about how her writing focuses on the intersections of race and class structures in our country. 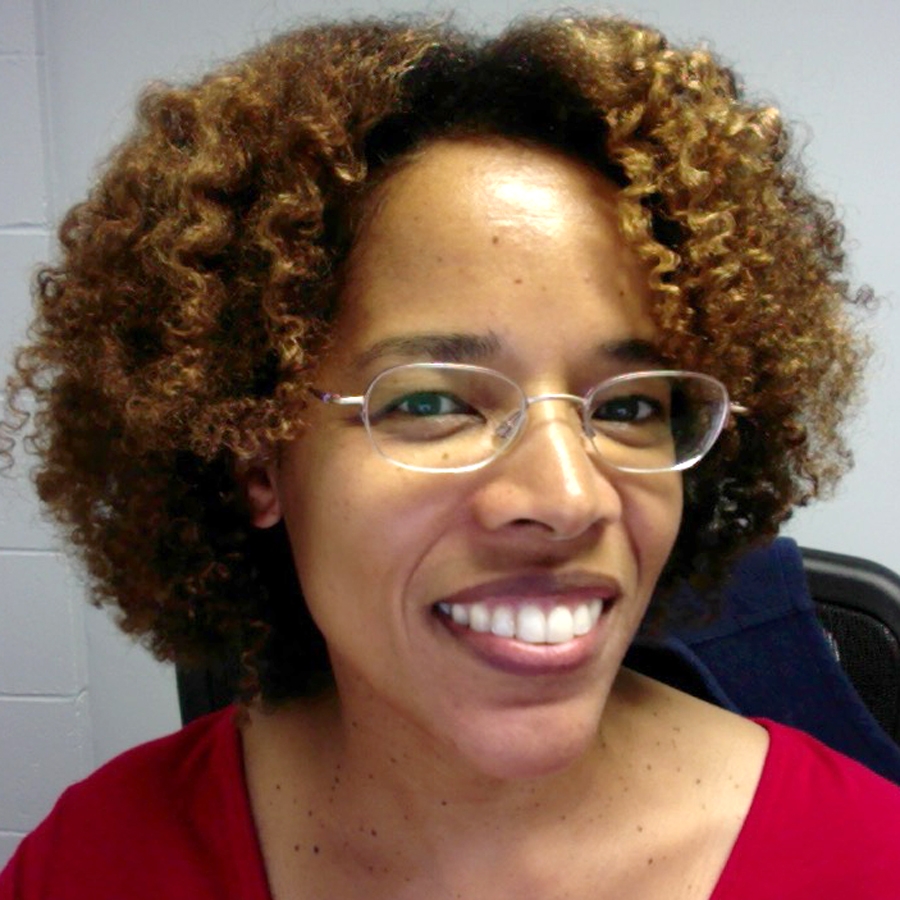 Nicole’s gently colorful and emotional artwork belies a shy and reserved personality. Originally shy, she was drawn to creating her own worlds on paper; art was both fun and an escape from feeling different. Today Nicole is an award-winning illustrator with over thirty books in publication.

FCPL invited teens (13–18) who are Fairfax County residents to enter their best drawing or painting in our 2021 Black History Month teen art contest, Monday, February 8–Friday, February 26, 2021. Your artwork should depict important people, significant places, or meaningful moments in Black history and should be accompanied by “word art” — a word/words, a phrase/phrases — that are incorporated into the artwork to provide a connection from the work of art to the intended theme of the artwork. Be creative, have fun, and make an impact with your art!

A first, second, and third-place winner will be announced. Art store gift certificates will be awarded to the winners. All artwork is available for viewing on our virtual gallery during the open submission period of the contest.