In 2017, the Fairfax County History Commission compiled the Index Catalog of Oral Histories, Fairfax County, Virginia which lists all known Fairfax County-related interviews and their repositories. 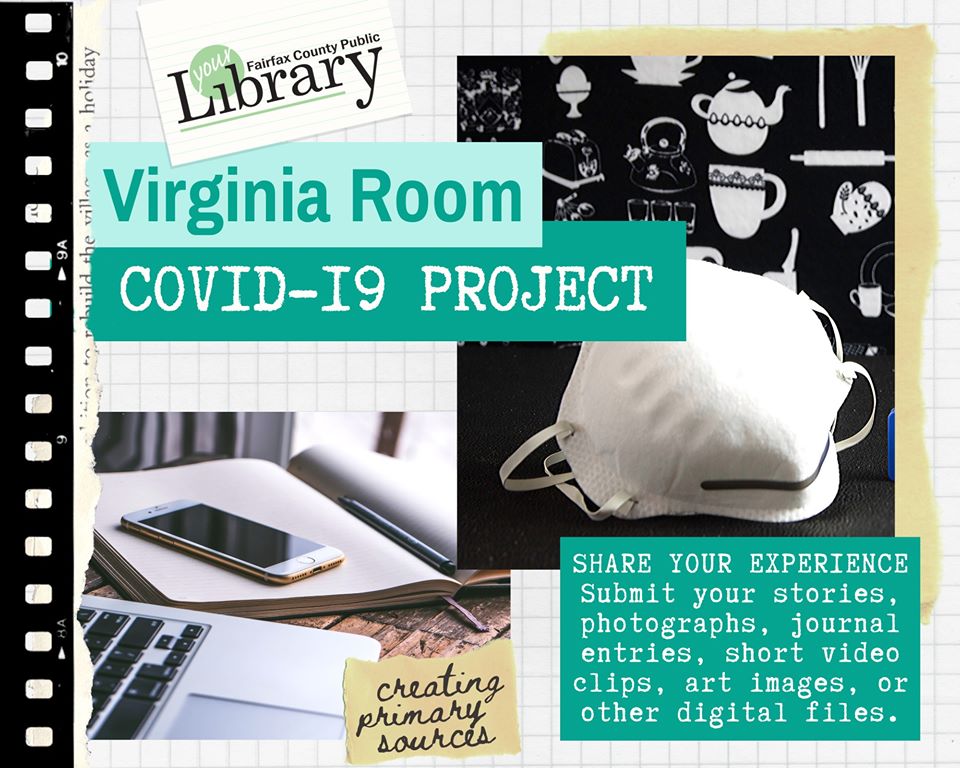 Beginning in April 2020, the Virginia Room began collecting digital submissions from Fairfax County residents describing their experiences during the COVID-19 pandemic. About 100 community members contributed approximately 300 items such as photographs, journal entries, poems, and artwork. A small sample of this collection is available for viewing through the FCPL’s Biblioboard Creator platform.