Beach Feet by Kiyomi Konagaya
A small boy feels the heat of the sand and runs towards the ocean. Free and independent despite his young age and the tube around his waist, the boy gives himself over to the ocean and the pleasures to be had at water's edge. Throughout, the boy's connection to the beach through his feet-the feel of sand, shells, water-is never lost.

Day at the Beach by Tom Booth
When Gideon decides that he is going to build the most spectacular sandcastle anyone has ever seen without the help of his little sister Audrey, his day at the beach becomes a lesson in sibling bonding.

Fun Dog, Sun Dog by Deborah Heligman
Although Tinka the dog can be described in many ways, she is always the right kind of canine for her owner. 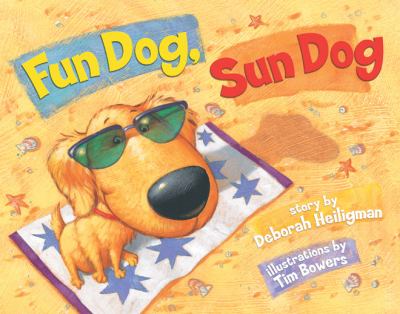 I’m a Shark by Bob Shea
A boastful shark is not afraid of anything, which impresses his underwater friends until they ask about spiders.

I’m the Biggest Thing in the Ocean by Kevin Sherry
A giant squid brags about being bigger than everything else in the ocean—almost.

Sand by Pamela Anne Miller
Describes the many uses of sand, what it looks like, where it is found and how it is formed.

Sand Cake by Frank Asch
Papa Bear uses his culinary skills and a little imagination to concoct a sand cake.

Swallow the Leader by Danna Smith
A group of fish play follow the leader in their ocean habitat. Count the fish from one to ten as each joins the game.

There was an Old Pirate Who Swallowed a Fish by Jennifer Ward
This variation on the traditional, cumulative rhyme looks at the consequences of a pirate's strange diet.

Some non-fiction books may not be developmentally appropriate for every preschooler. You know your children—if any of the text is beyond where you think they are, you can still use the book by discussing the pictures and illustrations.

Atlantic by Brian Karas
Explore what the Atlantic Ocean is, how far it stretches, how the moon affects it and other characteristics as described by the ocean itself.

Baby Dolphin’s First Swim by American Museum of Natural History
After a baby dolphin is born in the vast ocean, his mother and other dolphins help him as he learns and grows. 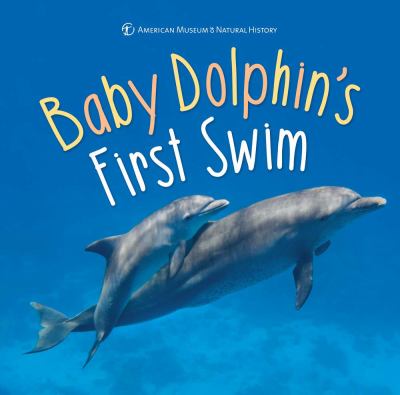 The Big Book of the Blue by Yuval Zommer
The explains how different types of animals are able to breathe and survive underwater, and the different families to which they belong. Pages are dedicated to specific creatures, including sea turtles, whales, sharks, stingrays and seahorses, and show varied life in specific habitats, such as a coral reef or deep sea bed.

Ocean: A Visual Encyclopedia by John Woodward
From the Arctic to the Caribbean, tiny plankton to giant whales, sandy beaches to the deepest depths, this book helps children discover the mysterious world beneath the waves.

The Truth About Dolphins by Maxwell Eaton
Interesting facts about dolphins.

Five Little Fishies
Five little fishies swimming in the sea, (wiggle hands like a swimming fish)
Teasing Mr. Shark “Oh, you can’t catch me, you can’t catch me!” (point and wag pointer finger)
Along comes Mr. Shark as quiet as can be and snatched one fishy right out of the sea! (clap hands together)

Ocean and Beach Songs and Fingerplays