The ABCs of What I Can Be by Caitlin McDonagh
Children dress up and imagine what they could be when they grow up―from astronaut to dentist to mathematician to Zumba instructor.

Animal Babies Like to Play by Jennifer Adams
Animal babies from Alligator to Zebra play, explore and wonder in this celebration of children in all their glorious diversity.

Animalicious: A Quirky ABC Book by Anna Dewdney
An introduction to the alphabet that features make-believe animals, including the Anonymouse, Kangarude and Rocktopus.

B is for Baby by Atinuke
A bright and beautiful first book of words. B is for Baby. B is for Brother. B is for going to see Baba. Little ones learning about language will love sounding out the words in this playful, vibrantly illustrated story set in West Africa. 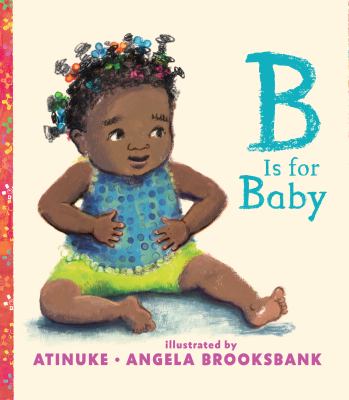 If the S in Moose Comes Loose by Peter Hermann
When Moose loses the last two letters of his name and disappears, Cow begs, borrows and steals to find the necessary letters so that she can be reunited with her best friend.

The Magic of Letters by Tony Johnston
Illustrations and easy-to-read text reveal the secrets of letters, including their power to create words of all kinds.

Owls are Good at Keeping Secrets: An Unusual Alphabet by Sara O’Leary
A book of little-known animal 'facts', one for each letter of the alphabet.

P is for Pterodactyl: The Worst Alphabet Book Ever by Raj Haldar
Turning the traditional idea of an alphabet book on its head, P is for Pterodactyl is perfect for anyone who has ever been stumped by silent letters or confused by absurd homophones. Lively illustrations provide context clues, and alliterative words help readers navigate text like "a bright white gnat is gnawing on my gnocchi" with ease. Everyone from early learners to grown-up grammarians will love this wacky book where "A is for Aisle" but "Y” is definitely not for Why.