Anansi the Spider: a tale from the Ashanti adapted by Gerald McDermott

In trying to determine which of his six sons to reward for saving his life, Anansi the Spider is responsible for placing the moon in the sky. 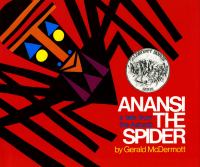 Are You My Mother by P.D. Eastman

A little bird asks animals, planes, and boats, “Are you my mother?” until he finds his own mother.

Borreguita and the Coyote: a tale from Ayutla, Mexico by Verna Aardema

What’s a little lamb to do about a big, oafish coyote that wants to eat her? Why, trick him, of course!

The Bossy Gallito by Lucia Gonzalez

In this cumulative Cuban folktale, a bossy rooster dirties his beak when he eats a kernel of corn and must find a way to clean it before his parrot uncle’s wedding.

Brown Bear, Brown Bear, What do You See? By Bill Martin Jr and Eric Carle

Children see a variety of animals, each one a different color, and a teacher looking at them.

An alphabet rhyme/chant that relates what happens when the whole alphabet tries to climb a coconut tree.

Cinderella Rex loves to dance, but will she get to attend the royal ball?

Cloudy With a Chance of Meatballs by Judi Barrett

Life is delicious in the town of Chewandswallow where it rains soup and juice, snows mashed potatoes, and blows storms of hamburgers—until the weather takes a turn for the worse.

Drawn Together by Minh Le

A boy and his grandfather cross a language and cultural barrier using their shared love of art, storytelling, and fantasy.

The Giving Tree by Shel Silverstein

As a young boy grows to manhood, he experiences the love and generosity of a tree which gives to him without expecting anything in return.

Goldilocks and the Three Martians by Stu Smith

In a porridge-powered rocket ship, Goldilocks sets out to find a planet “where everything’s just right” and has a close encounter with a Martian family.

A scientist bids goodnight to all the tools and clutter in her laboratory in this variation on Goodnight Moon.

A Mexican folk tale which explains why the weathervane has a little rooster on one end that spins around to let us know which way the wind is blowing.

I am Enough by Grace Byers

Shares a story of loving who you are, respecting others and being kind to one another.

After her best friend, Hector, moves away, Juna’s brother tries to make her feel better by finding things to put in her special kimchi jar.

A young boy, CJ, rides the bus across town with his grandmother and learns to appreciate the beauty in everyday things.

Madeline, smallest and naughtiest of the twelve little charges of Miss Clavel, wakes up one night with an attack of appendicitis.

Presents a retelling of the classic tale in which the solution proves worse than the predicament when an old lady swallows a fly.

Follows the progress of a hungry little caterpillar as he eats his way through a varied and very large quantity of food until, full at last, he forms a cocoon around himself and goes to sleep.