One early literacy skills is vocabulary — knowing the names of things. If you read picture books to children, you will expose them to words they would not hear in daily conversations with adults. 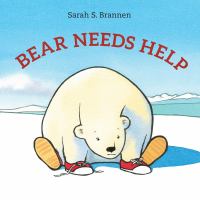 First Snow by Peter McCarthy
When Pedro comes from far away to visit his cousins, who are eager to introduce him to snow, all Pedro can think about at first is how much he dislikes cold.

Go Dog, Snow Dog by Deborah Heligman
Snow doesn't stop Tinka. She runs and plays and sleds with her boy. But when her friend Millie the beagle shows up, off races Tinka. And she gets lost until her boy finally rescues her.

How to Build a Snowbear by Eric Pinder
To build the biggest and best snowman ever, Thomas enlists the help of his "bear" brother who would rather sleep.

Into the Snow by Yuki Kaneko

A child plays in the snow and experiences the sensory joys of winter and independence.

Just So Willow by Sara Shacter
When a storm covers Willow’s back yard, the young polar bear is determined to keep things neat and tidy, even when her Arctic neighbors are sliding, stomping and creating a lumpy, bumpy mess.

The Little Snowplow Wishes for Snow by Lora Koehler

The little snowplow looks forward all year top clearing snow, but a warmer winter challenges his wish for a big snowfall.

Once Upon a Winter Day by Liza Woodruff
Milo's mother is too busy to read him a story so she sends him outside to play in the snow, where he discovers a story of his own.

One Snowy Day by Diana Murray
Spinning and twirling, they float to the ground, millions of snowflakes not making a sound. This lyrical, rhyming text counts up to ten, then back down to one.

A Polar Bear in the Snow by Mac Barnett
Follow a magnificent polar bear through a fantastic world of snow and shockingly blue sea. Over the ice, through the water, past Arctic animals and even a human, until he finally reaches his destination.

The Snow Dancer by Addie Boswell

Young dancer Sofia wakes up to a quiet snow day and makes her way to the neighborhood park, where a field awaits her, white and shining and open.  It isn’t long before the rest of the neighborhood kids make their way to the park, scattering Sofia’s beautiful silence.  With the help of a new young friend, Sofia shows everyone what a snow dancer can do on a perfect day like this.

Supertruck by Steven Savage
When a blizzard stops the mighty trucks of the city from working, it’s Supertruck to the rescue.

Ten Ways to Hear Snow by Cathy Camper
Walking to her grandmother's home to help make a special meal, Lina discovers many ways to hear snow, from the scrape of a shovel on a sidewalk to the quiet pats of snowman-building.

Newly arrived from Colombia, Isabella’s first day of school in the United States is cancelled because of snow. When Isabella notices a girl playing outside, she makes a new friend, despite the language barrier.